Australia has won eight Olympic medals in 1,000m kayak racing. It owes much of that success to another sport altogether – surf life saving. 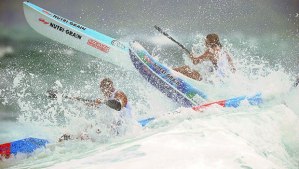 Based on the training regime developed by beach lifeguard services across the country, surf ski racing has become an established pathway for paddlers to progress to kayak racing on the Olympic stage.

Sprint kayaking isn’t the only Olympic sport to have benefited from the size and strength of surf lifesaving – at the London Games in 2012 more than 60 Australian athletes in the country’s swimming, water polo, rowing and kayaking teams declared a background in competitive surf lifesaving. END_OF_DOCUMENT_TOKEN_TO_BE_REPLACED