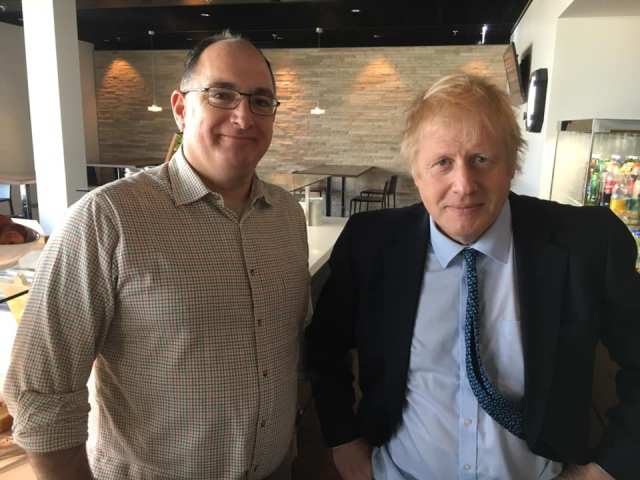 The last time I met the sitting MP for Uxbridge was in 1988 while a politics student at nearby Brunel University. Michael Shersby, the then Parliamentary representative for our local constituency, generously hosted Brunel’s annual Government Society dinner at the House of Commons, and arranged an array of guest speakers.

One year, we were fortunate to have the Speaker, the then Bernard (later Lord) Weatherill, who came to talk about democracy and the importance of being actively involved.

On another occasion, sharing the evening with the local Conservative Association, we were slightly less impressed by Minister of Education Angela Rumbold. Possibly labouring under the misapprehension that we were the University’s Conservative Students Group, she decided to lecture us about how the Tories were ‘good for education’.

We listened politely and then gave her hell in the Q&A session that followed. My particular contribution to the debate was to ask her to square her comments with the cuts to our courses, the fact that we couldn’t any longer combine politics with modern languages studies, and remarks wrongly attributed at the time (and since retracted by The Guardian, as reported here) to her colleague Norman Tebbit that ‘no one with a conscience votes Conservative’.

This went down rather badly, the Minister clearly knowing better than a callow university student that Tebbit had never uttered the words as reported. I was listened to and then put in my place. When we came to board the coach back to Uxbridge, the blue-rinse brigade from the local Conservative Association could barely disguise their anger at my supposed cheek.

As students, we all found it rather amusing. And Michael Shersby, awarded an Honorary Degree by Brunel in 1994, clearly thought nothing of it, inviting us back the following year.

So cut to 2019 and a chance meeting at Zurich airport with the current Uxbridge constituency MP, none other than Boris Johnson, he of the fairly unassailable 11,000 majority and equally strong leadership ambition.

Fresh from allegedly trousering €30,000 (£26,500) to tell the Swiss Economic Forum (not the WEF, for you Davos watchers) that Britain will leave the EU on October 31, ‘with or without a deal’, a slightly untucked and dishevelled Johnson was easily spotted in the Swiss airline lounge, scoffing a large plate of chickpea salad by the food counter.

“Jolly glad of your support,” he mumbled, while agreeing to shake my hand.

Another Uxbridge MP who’s mistaken me for a fan, I thought. But I held my counsel this time.